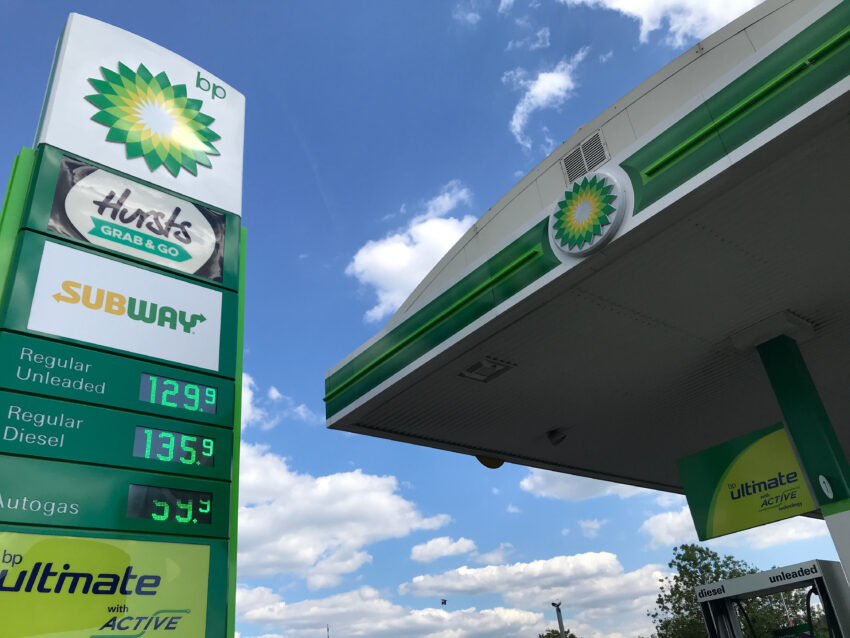 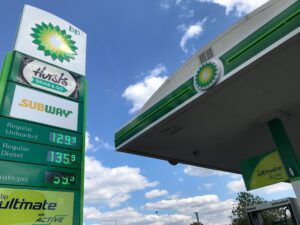 The average UK price for a litre of petrol has fallen below 150p for the first time since the outbreak of war in Ukraine.

The outbreak of war in Europe sent commodity markets soaring, pushing up the wholesale prices of oil and gas.

Petrol reached a record of 191.53p a litre on 3 July as surging fuel prices fed into rampant inflation and a squeeze on the cost of living.

Luke Bosdet, the AA’s spokesperson on pump prices, said: “A 41.8p-a-litre crash in the average pump price of petrol is a huge relief for drivers, cutting £22.99 from the cost of filling the typical car tank.”

Diesel now averages 172.21p a litre, down from a record of 199.07p at the start of July, the motoring group said. Some retailers sold diesel at over £2 a litre.

However, the relief for drivers could be short lived as road fuel is set to increase by 6p including VAT in March when a year-long fuel duty cut comes to an end.

The Competition and Markets Authority (CMA) was asked by the UK government to study pump prices last summer after accusations that a cut to fuel duty was not being passed on to consumers.

The CMA raised concerns over the margins made by oil refineries, and then later said there was evidence of “rocket and feather” behaviour – when prices shoot up rapidly but come down slowly – in the retail industry. Its investigation continues.

He said: “Indicative of the chaos of UK pump pricing and the rampant exploitation of drivers by many fuel retailers, the AA spotted supermarket and non-supermarket retailers yesterday charging less than 140p a litre in south Wales and Northern Ireland.

“How fuel stations in areas of big populations and high volume sales can charge well over 10p more for fuel than in largely rural parts of the UK is a question that the Competition and Markets Authority will have to address.”

Read more:
Average price for UK litre of petrol below 150p for first time since war in Ukraine

How can expense management software streamline your business’s finances?

Hemmed in by regulators, Meta’s real growing pains are...

Car insurance costs pushed up by paint and energy prices

Christopher Cane On His Role As a Professional Firefighter Citronella Oil Fragrance Up In the Air Why Is It Taking So Long To Get Your Business Going?

Starting a business can be an exciting time in your life. You can be filled with... NOUBI SAYS:  There are all kinds of patterns and colors available to suit every... We’re not saying we called it, but just a few months back the R29 Shopping team...